The National Bureau of Statistics (NBS) data states that the inflation rate in March 2022, predominantly propelled by the higher cost of food, rose to 15.92 percent.

Though food production is inadequate, as shown by production data from various reputable local and international organizations, other peculiar factors are fueling abnormal rises in food prices.

Demand for rice, for example, is greater than local supply amid restrictions placed on its importation, thus fueling a hike in price. Nigeria produces about 5.0 million metric tonnes of processed rice, while its demand stands at about 7.2 million metric tones. Again, according to the Foreign Affairs Service of the United States Department of Agriculture, Nigeria’s wheat production in 2020/2021 was estimated at 99,000 metric tones (MT), while the country imported additional 6.0 million metric tonnes in 2021. Production of maize and soya beans, to mention a few, is also inadequate amid soaring demand and import restrictions. Apart from the foregoing, food sector, stakeholders have also pinpointed a hike in diesel price following its liberalisation and disruption in supply chains as a result of the ongoing war between Russia and Ukraine. 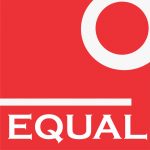 Equal logistics limited  was founded in 2005. We render services such as constructions, engineering, barge operations, Procurement, clearing and forwarding, marine transportation and project logistics for oil and gas companies